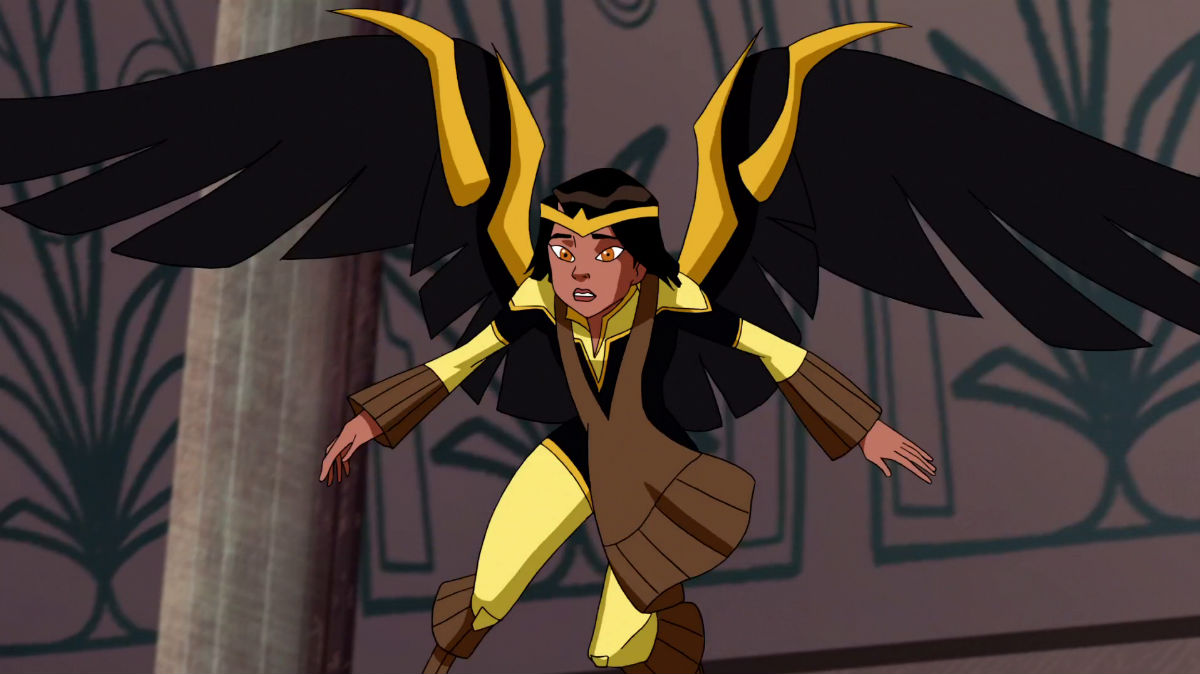 This week’s minorities in cartoons entry is Dawnstar, a DC Comics character and member of the 30th/31st century superhero team the Legion of Super-Heroes.

Dawnstar (her real name, not a Legion codename) first appeared in “Superboy and the Legion of Super-Heroes” #226 in April 1977. Paul Levitz and Mike Grell created Dawnstar.

Dawnstar’s backstory states she hails from the planet Starhaven. The planet was first settled by Native Americans that were abducted from Earth during the 13th century by unknown aliens. Said aliens activated the abductees’ “metagenes,” a gene that allows them to gain superpowers. Said superpowers of Starhaven denizens include: growing angel-like wings; surviving in space without a spacesuit; and flying at faster-than-light speeds. Dawnstar also possesses a strong tracking ability that stretches across vast distances, including interstellar space. She initially used her powers to help her parents’ business in guiding spacecraft through dangerous regions of space.

Dawnstar’s abilities allowed her to receive an invitation by Legion bankroller R.J. Brande to enroll in the Legion Academy, and eventually join the Legion itself. She also entered a relationship with fellow Legionnaire Wildfire, an energy being contained by his suit.

During the “Five Years Later” period of the Legion, Dawnstar was possessed by an evil entity. Said being forced her to amputate her wings and use her powers for evil purposes. She eventually regained her rightful self. Unfortunately, the 1994 “Zero Hour” storyline (and its reboot of the Legion’s continuity) erased her from continuity.

However, Dawnstar eventually returned. The late 2000s saw DC re-introduce what’s basically the original pre-Zero Hour Legion into continuity, including Superman’s participation with them as Superboy. Along with the reintroduction came the revelation that Dawnstar had a brief relationship with a woman on the planet Thanagar (Hawkman and Hawkwoman’s homeworld in Silver Age stories). This was shown in a storyline where some Legionnaires came back in time to the present day. Dawnstar eventually returned to her own time and resumed a relationship with Wildfire.

With the New 52 reboot, DC’s current plans for the 31st century don’t include the Legion. (DC’s decided that making a Justice League series set in the 31st century somehow makes more sense.)

Dawnstar made a few non-speaking appearances in the late 2000s “Legion of Super-Heroes” animated series. However, the spin-off comic prominently featured Dawnstar.