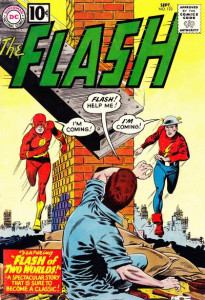 Roger Ebert, of course, was one-half of the famous film review duo “(Gene) Siskel and Ebert.” I grew up watching his movie review program on TV, and later read his reviews in the newspaper and online. Even later still, I followed his Twitter feed.

While I didn’t always agree with Ebert’s reviews, I did like reading them, and usually considered him a trustworthy critic. (Seeing him roast a film that was awful was also enjoyable, I admit.) I also liked seeing Ebert’s political remarks, as well as those criticizing the ludicrous nature of the MPAA movie rating system.

Ebert’s been satirized like anyone else in the media over the years. “Animaniacs” featured a parody of Siskel and Ebert in the Slappy Squirrel episode “Critical Condition,” though the parody was largely just a series of jokes about Ebert’s weight, plus Slappy repeatedly blowing him up over giving her old shorts a bad review. While there were a few amusing moments (including Slappy’s remark about the ramifications of freedom of speech), this wasn’t one of the better “Animaniacs” shorts, or as good as Slappy’s Halloween short (still my favorite Slappy episode).

A better animated appearance by Ebert was in the mid-90s TV series “The Critic.” While Jay Sherman’s already a partial physical pastiche of Ebert and Siskel (Ebert’s build plus Siskel’s baldness), the film critic duo made an appearance in one episode, “Siskel and Ebert and Jay and Alice.” Here, the film critics (voiced by their real selves) break up during an argument over a movie, after they bring up having praised such films as “Carnosaur” and “Benji the Hunted.” The ex-duo subsequently each try to recruit Jay as their new partner, while Jay tries to reunite the two. I liked the portion where they’re “reunited” at the top of a New York City skyscraper, while remarking on the derivative nature of the whole scene:

Carmine Infantino was a long-time artist (and later editor) at DC Comics, dating back to the late Golden Age. His most famous creations or co-creations were Black Canary, Batgirl, the Elongated Man, the Barry Allen Flash, and Wally West (as Kid Flash). As an editor, he also helped hire at DC such classic Bronze Age artists/writers as Denny O’Neil, Neal Adams, and Jack Kirby. For more on his life, see his Wikipedia entry, as well as this article.

For me, Infantino’s the definitive Flash artist, and one reason I enjoyed the Silver Age Flash stories.

George Gladir was a long-time writer for Archie Comics (as well as “Mad” magazine rival “Cracked”). His most famous co-creation (along with Dan DeCarlo) was Sabrina, the Teenage Witch. Originally intended as a one-shot character in 1962’s “Archie’s Mad House” (its “Mad”-like humor comic), Sabrina proved to be popular enough to be brought back; by decade’s end, Sabrina had gained her own animated TV series. Gladir continued to write for Archie up until his death.

For more on Gladir, see this article.