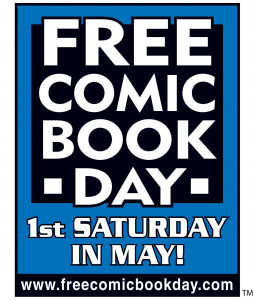 This year’s Free Comic Book Day takes place on Saturday, May 4, 2013. Free Comic Book Day, of course, is the annual day where publishers and comic shops offer free “FCBD”-labeled comics as a way to get the general public interested in their books. While there’s been much debate on how effective this has been (given declining pamphlet-comic sales/the lack of comic shops in many areas), it’s still a much anticipated day for many comic fans. It also doesn’t hurt that it usually falls on a day when the first summer blockbusters open. On top of that, this year, Free Comic Book Day comes on the weekend after Chicago’s C2E2 comic show (which I’ll be attending again this year).

Here’s this year’s list of free comics being offered. Keeping in mind many shops limit the number of free copies, I thought I’d list which ones I’m interested in:

"My Cage" is back as a webcomic
Black Panther is the top-selling comic for April 2016
Archie banned in Singapore over gay marriage storyline
Comics industry harassment: Is progress finally (if slowly) being made?
Share this post