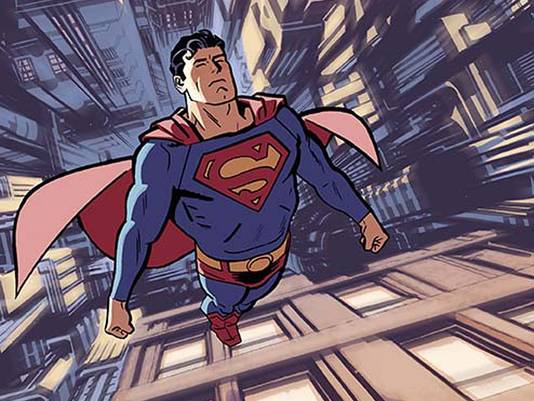 While Comixology’s come to become the dominant force for digital comics, is convenient, and has a nice enough app, it does have some flaws. For one, comic companies and creators seem to have rushed into handing things over to a digital near-monopoly after years of complaining about the physical monopoly distributor for comic shops, Diamond. For another, while Comixology is finally offering DRM-free purchases, only some smaller companies have taken them up on such so far. Amazon’s recent purchase of Comixology and its changes to in-app purchasing might also be an annoyance.

Image Comics made a big splash in 2013 when they announced that they’ll be selling digital rights management (DRM)-free comics. So far, it seems to have been fairly well received, and it also means one can fully own all those issues of “The Walking Dead.”

Buying through Image’s website also means fewer middlemen skimming a high amount of money off of sales. For instance, Comixology takes 50% of all sales made through its app or website. Image selling comics through their own site thus means more money will go to the creators.

Dynamite Comics are available DRM-free from Comixology’s website, but they’re now also available through a digital store on its own website.

Drive Thru Comics is a site that specializes in DRM-free, smaller-press and independent books; no DC, Marvel, or Archie material here. The highest profile titles on Drive Thru Comics are “2000 AD” (the long-running British magazine featuring Judge Dredd) and Top Cow’s books (Witchblade, etc.). The books here are offered largely as DRM-free PDFs, watermarked with the purchaser’s name.

Barnes and Noble’s online Nook store offers everything in EPUB format, including its comics. While wrapped in DRM, the comics still at least come in an actual non-proprietary file format. The Nook app comes in versions for iOS and Android; development on Mac and Windows versions has ceased.

Comics offered include same-day digital offerings for DC Comics and Archie Comics. There’s also digital trade paperbacks from DC, Marvel, Archie, IDW, and some other publishers. Manga and some comic strip compilations (Pearls Before Swine, Get Fuzzy) also have digital versions offered. Some Marvel trade paperbacks are offered, but single-issue comics are only available through Comixology or Marvel’s own (Comixology-based) apps.

Apple itself offers some comics through the iTunes store or the iBooks app available on iOS devices. They’re also offered on Macs with the release of OS X 10.9 “Mavericks.”

For single issues, Marvel’s as usual a no-show, but DC Comics offers its entire line as same-day digital offerings. Marvel and DC both offer various trade paperbacks on iTunes. Image also has some titles, particularly “The Walking Dead,” as single issues or trade paperbacks.

Since the closing of Borders a few years ago, Kobo doesn’t have a very strong presence here in the US. Kobo’s app is still often included by smaller tablet/ebook reader manufacturers, however. Kobo also has a strong presence outside the US, especially in places Amazon or Barnes and Noble have a reduced or no presence. Kobo’s approach is to offer comics in either a proprietary format (similar to Comixology) or in an EPUB format (like Nook), though largely the former. The ebook descriptions will openly list what format it’s in, whether there’s DRM (which all its ebooks have, save some self-publishers), and what platforms it may be read on. Kobo offers apps for most of the major mobile and desktop platforms.

Dark Horse Comics is noted as being the one major company that’s refused to offer its comics for sale through Comixology. Thus, if you want digital comics from Dark Horse (such as their “Star Wars” line), you’ll have to use their own app. Like Comixology’s app, all of Dark Horse’s comics feature DRM. In-app purchasing is still allowed through Dark Horse’s app, however. Recently, Dark Horse has also begun offering comics from Dynamite through its digital storefront/apps.

Google’s digital comics (under its “Books” section) include same-day single-issue and trade paperback versions of comics from DC, Archie, Image, and a few other publishers. Once again, Marvel isn’t included for single issues, but its trade paperbacks are carried.

One positive aspect of Google Play: unlike Nook and Kindle, one can download most of one’s purchases as DRM-free, watermarked PDF files, with some books also offering Adobe DRMed EPUB files. (There’s a “digitized by Google” watermark on the bottom corner of each page of the PDFs.) To access this, go to the “Books” section of the Google Play store in your browser, then click on the “My Books” tab. Hovering your mouse over one of the book’s/comic’s covers, you’ll see a dash in the upper right corner of the cover. Click on the dash, and there’ll be a pop-up menu giving the option to download the book as a PDF (and/or as an EPUB if available).

I do have some nitpicks for Google’s service. For starters, a choice of formats besides PDF and EPUB (such as CBZ/CBR) would be nice. For the PDFs, no or less-aggressive watermarking and not making the very first page—and thus the comic’s desktop icon—a notice from Google would be nice. The notice page can at least be edited out in OS X’s Preview app. Perhaps Google could move the notice to the second page  (like real books) or last page instead? Finally, a few books for some reason don’t offer any sort of download option at all, making them just as locked into Google’s app as Comixology’s books.

Overall, the digital comics landscape is still dominated by Comixology. Still, the number of alternatives has grown over the past year alone. Hopefully the competition will lead to improvements in Comixology’s service as well, particularly the DRM aspect.

If curious, most of my digital comics purchases are through a mix of Comixology and Google Play, though I’ve also used Nook in the past.