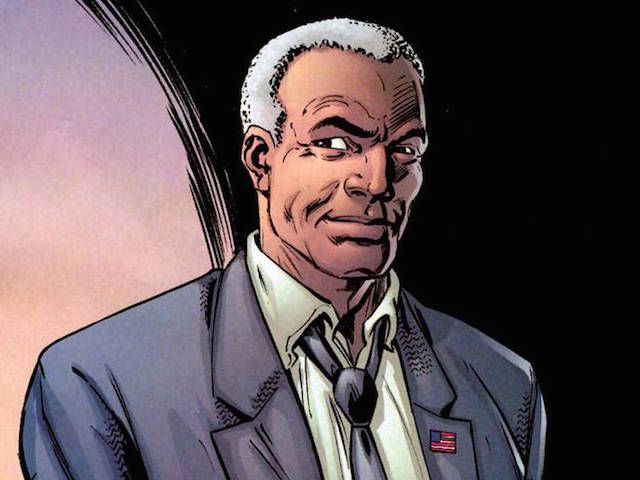 This week’s “minorities in cartoons” entry is Robbie Robertson. Robertson was created by Stan Lee and John Romita, Sr. He first appeared in 1967’s “Amazing Spider-Man” #51.

Robbie’s yet another of the Spider-Man comics’ alliteratively-named characters. However, his real first name is revealed to be “Joseph.”

Robertson works at the “Daily Bugle” as an editor, where besides his usual newspaper duties, spends his time trying to serve as the voice of reason to his hot-headed boss, J. Jonah Jameson. Unlike JJJ, Robertson likes Spider-Man, and is supportive of “Bugle” employee Peter Parker.

Per Wikipedia, Robertson grew up in Harlem, and was the classmate of a bully/thug who went on to become a supervillain henchman named “Tombstone.” Robbie also has a son named Randy Robertson (yep, more alliterative naming) who’s a friend of Peter.

In recent comics, Robertson’s been running the “Bugle” in the absence of JJJ, who’s become (for reasons only known to the Marvel Universe’s New Yorker voting public) mayor of New York.

Robbie’s appeared in various non-comics Spider-Man media over the years.

His first live-action appearance was in a pilot for the 70s Spider-Man TV show. Actor Hilly Hicks played Robbie.

Robbie also appeared in the 2000s Spider-Man movies. He was played by actor Bill Nunn.