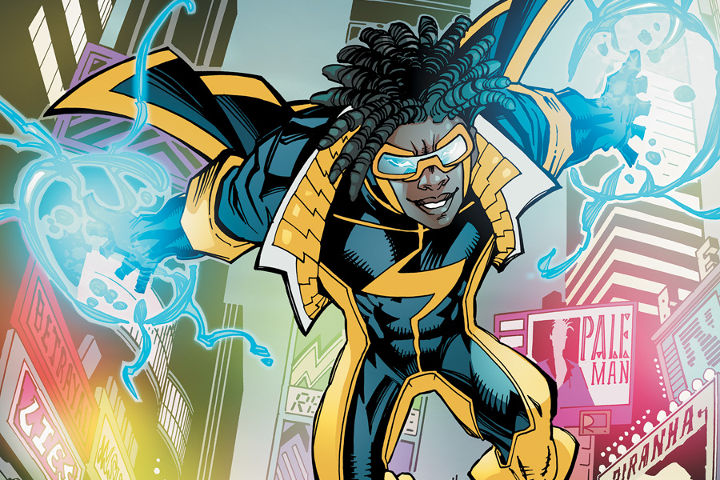 Static first appeared in 1993’s “Static” #1, as part of the then-new Milestone Comics line. Milestone was an imprint of DC Comics set in a world with a multicultural range of superheroes.

Static’s origin: Virgil lived in the fictional city of Dakota (which resembles Detroit). One night, Virgil was inadvertently caught up in a large gang fight. The police tried to break up the fight through the use of an experimental tear gas. However, it wound up giving many of those present a variety of super-powers. The event was dubbed “the Big Bang” by Dakota’s citizens. In Virgil’s case, he wound up with various electromagnetic superpowers. Being a comic book fan, Virgil decided to become a superhero and fight crime.

By the time his spin-off TV series had ended its run (see below), the Milestone line had long been canceled. Static appeared in several miniseries through the 2000s. One of the miniseries saw DC fold/retcon the Milestone universe into the main DC Universe, similar to the TV series. As a result, nobody (save Superman and a few others, but not Static) was unaware of how things originally were.

The 2011 New 52 reboot saw Virgil get his own comic again, but it was soon cancelled.

Static became the most popular character in the Milestone Comics line, and got a spin-off animated series. “Static Shock” debuted in 2000 on Kids WB, and ran for four years (52 episodes).

Several changes were made between the comics and the TV show, including:

Static also made appearances in the “Young Justice” TV series.

Plans were announced for Static to receive a new live-action series.