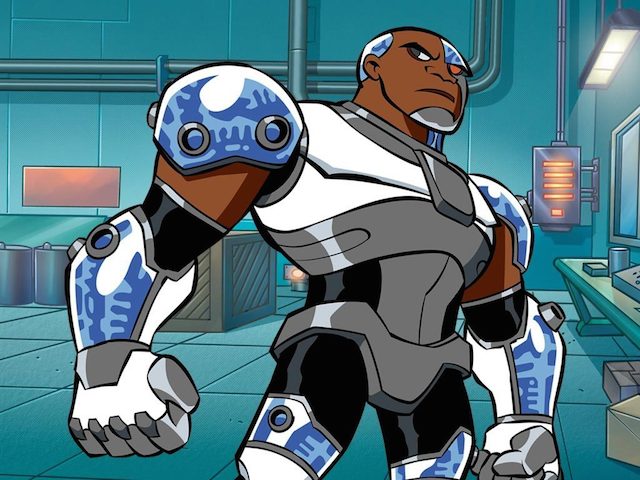 Victor’s backstory states he’s the athletically gifted son of a pair of brilliant scientists. After a severe laboratory accident that claimed the life of his mother, Victor was left in critical condition. His father used various cybernetic parts to save his son’s life, but at the cost of a “normal” appearance. Vic eventually joined the Teen Titans. He ended up a mainstay of the team in most of its incarnations.

In 2011, DC’s New 52 reboot made Cyborg a founding member of the Justice League, replacing the Martian Manhunter. This was an attempt to give the team some semblance of diversity.

Cyborg’s first animated appearance was in the final season of the “Super Friends” series. There, he joined the team along with Firestorm. Ernie Hudson of “Ghostbusters” fame did Victor’s voice.

Cyborg appeared in 2016’s movie “Batman V Superman: Dawn of Justice.” He’ll also appear in the “Justice League” movie. More prominently, Cyborg will star in his own film in 2020.

Most of my exposure to Cyborg’s been through watching the enjoyable “Teen Titans” series. Among the more memorable episodes: