Continuing in the series of favorite WebOS programs, today’s featured app is Sports Calendar. As its name implies, Sports Calendar offers schedules of upcoming games for a wide variety of sports. Additionally, it allows you to subscribe to your favorite teams’ schedules, as well as list their upcoming scheduled games on the WebOS calendar.

Sports covered by Sports Calendar include:

Here’s a few screenshots of Sports Calendar in use (typical schedule display on the left, and a listing of a sports team’s games on the WebOS calendar on the right): 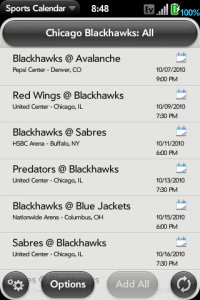 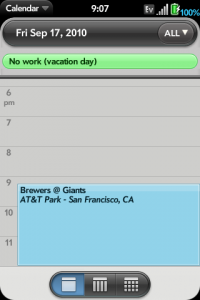