Note while these are favorite graphic novels I read in 2021, they weren’t necessarily published this year. Also, while I normally write this year-end post in December, this year I thought it might be better to get a jump start. As of this writing, supply chain issues, labor shortages, the pandemic, and the state of the US Postal Service are causing shipping problems, in case anyone’s using this list for holiday gift ideas. 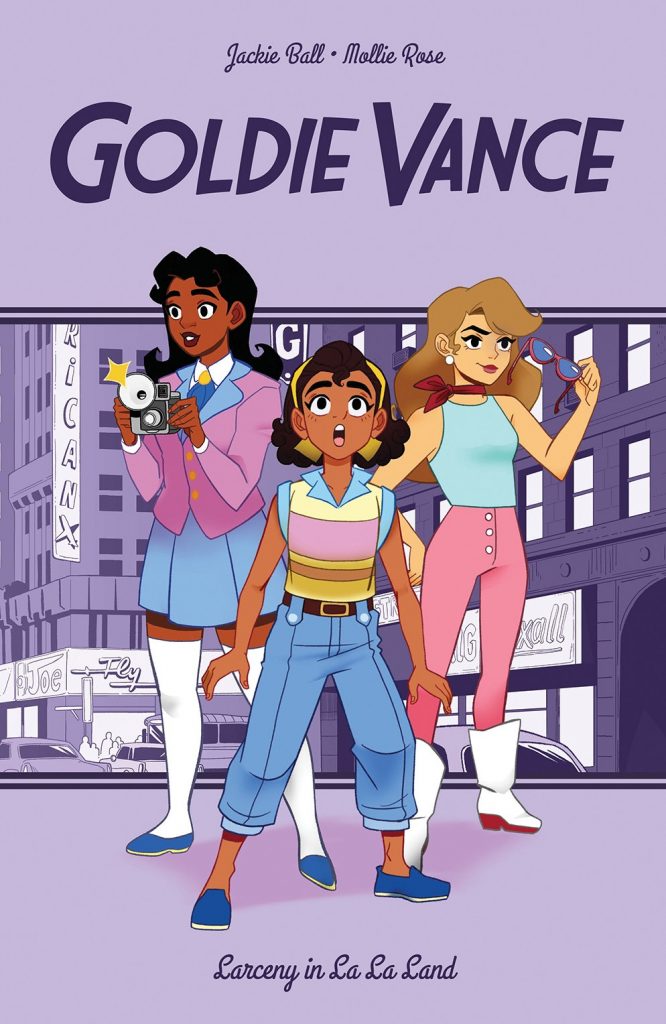 This Goldie Vance graphic novel sees our teenage detective hero and her friends visit Hollywood for the summer. There, Goldie gets involved in a Tinseltown related mystery.

Love and Capes: The Family Way 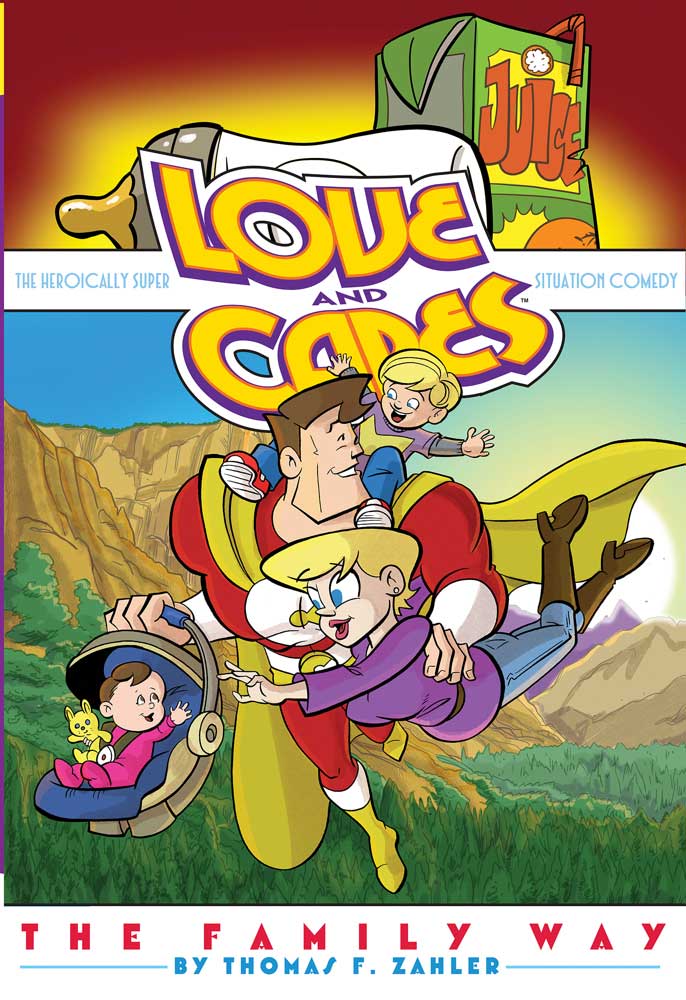 This installment of Zahler’s “Love and Capes” series sees Mark and Abby deal with being the parents of two children. Since Mark’s a superhero, the usual parenting concerns get even more complicated. 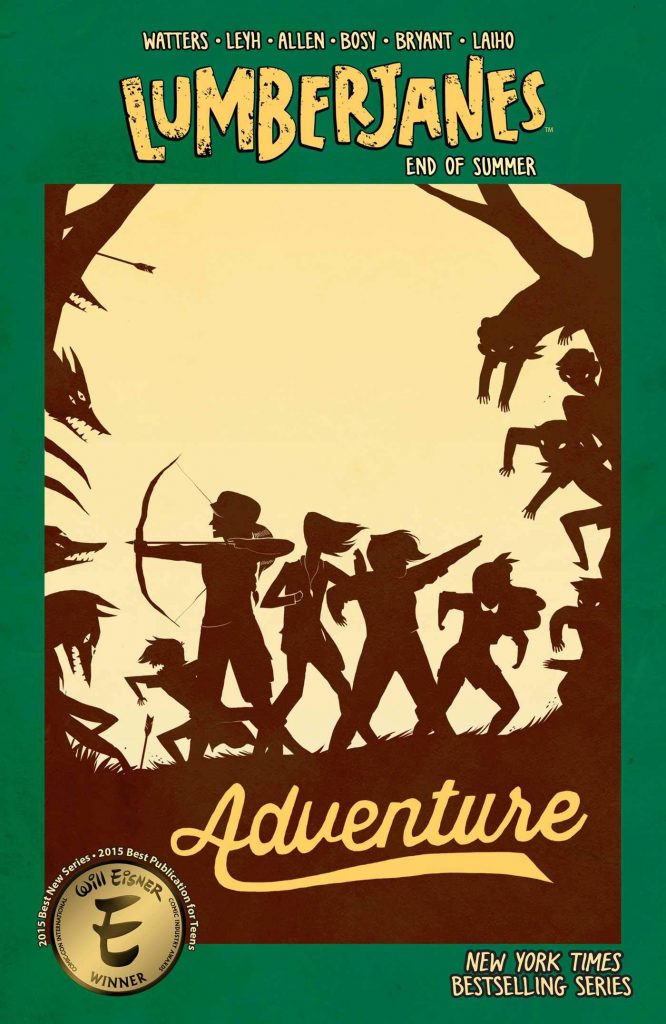 This is the final trade paperback volume of the recently-ended “Lumberjanes” series. The girls deal with summer camp coming to an end, plus have one big final adventure. 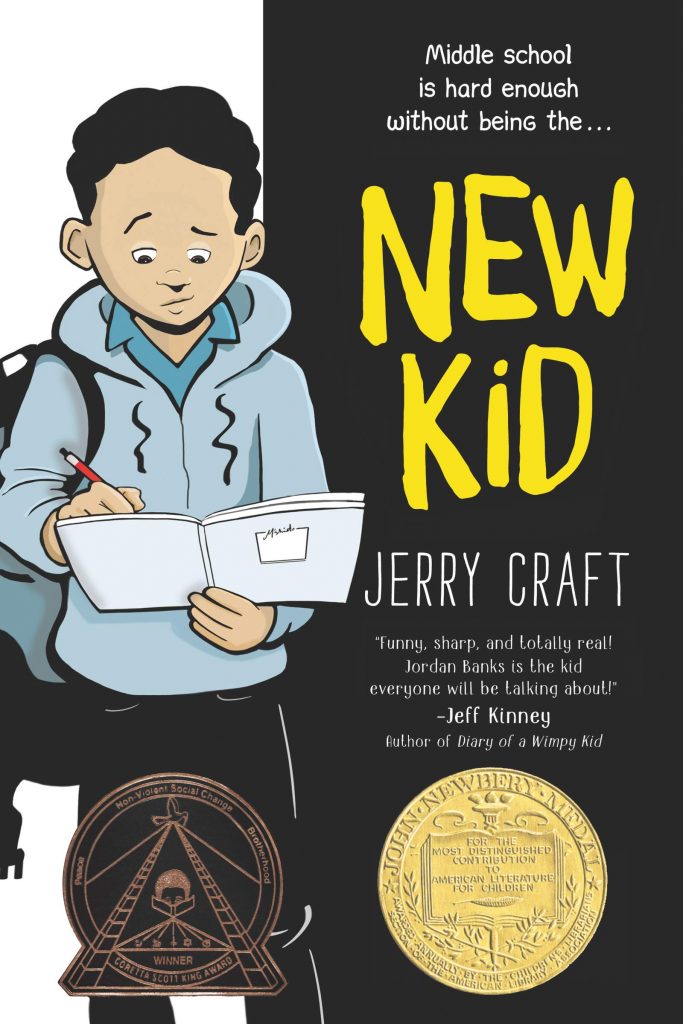 Jerry Craft’s “New Kid” sees its protagonist, Jordan Banks, deal with life as a student at a new upscale, mostly-White middle school. Said school and its students are vastly different from Jordan’s own background, culture, and economic status. 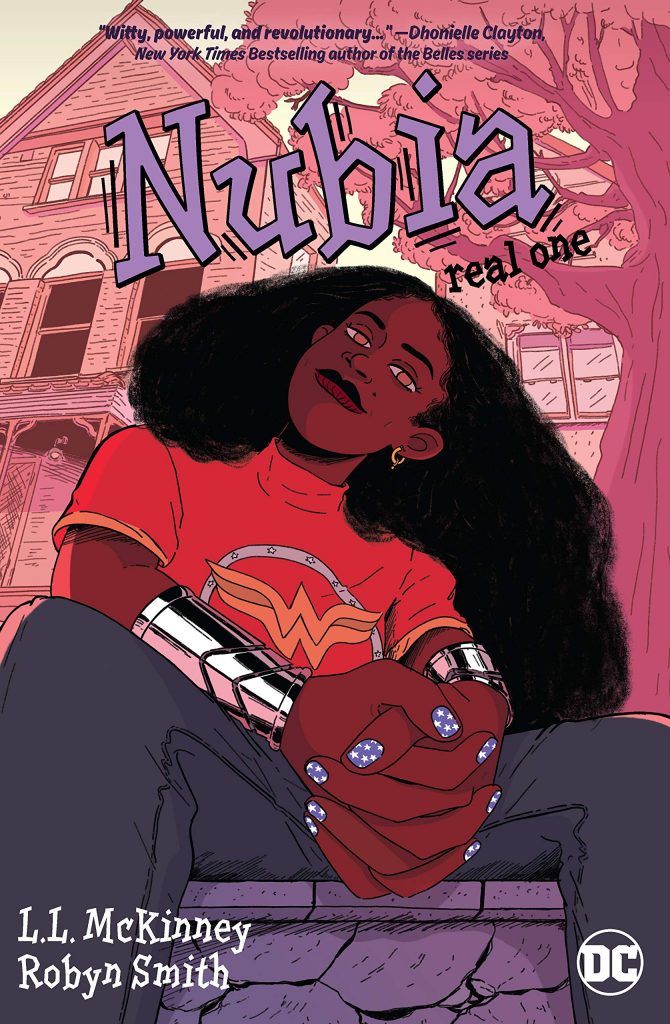 Wonder Woman’s Amazon sister Nubia is the star of this graphic novel. Here, Nubia is a teenage girl raised by two Moms. She hangs out with her friends and has a crush on a classmate, all while trying to keep her superhuman abilities a secret. Nubia also faces how American society treats Black people;  the Black Lives Matter movement also plays a part in the story. 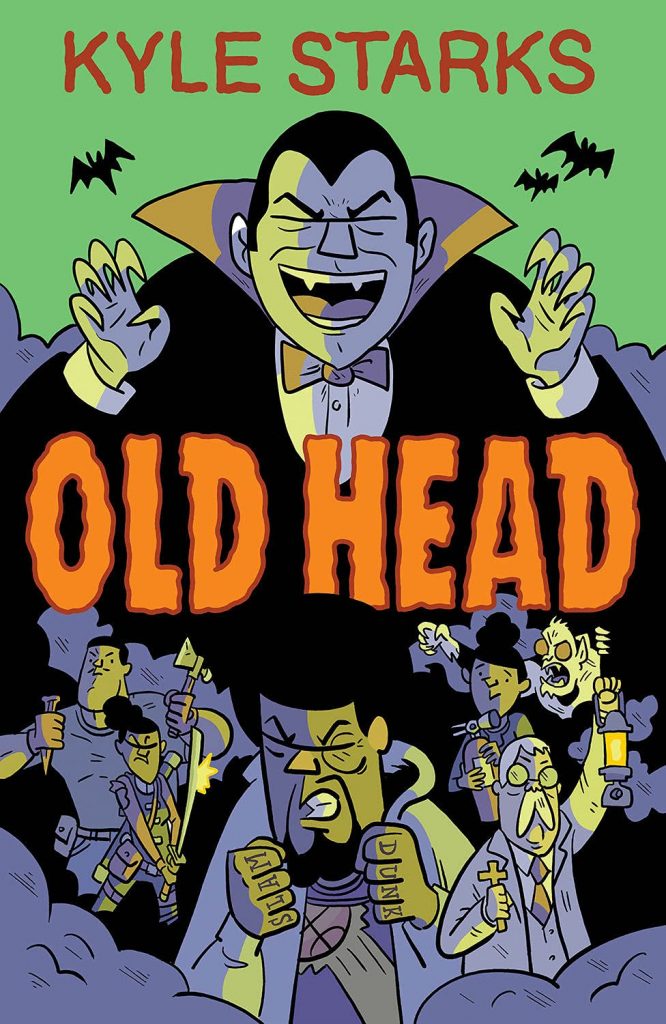 “Old Head” is a comedy/horror story set in the early 1990s. A washed-up pro basketball player and his teenage daughter move into his mother’s old house. However, he’s unaware of his mother’s secret life, or the dangerous vampires and other creatures lurking nearby. 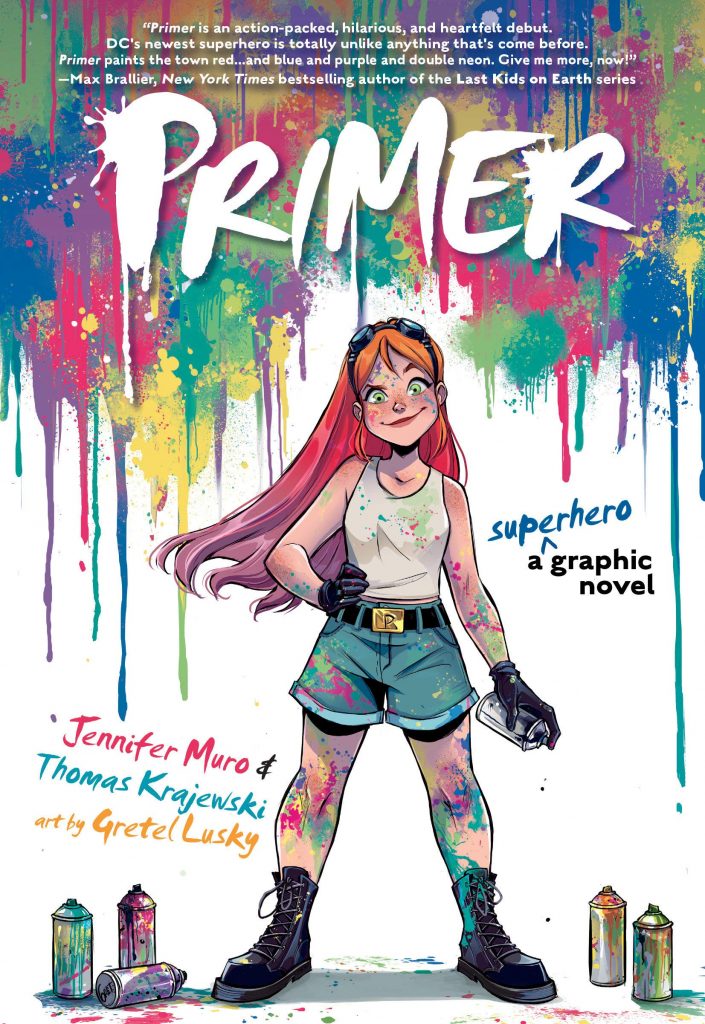 Ashley is a 13-year-old girl who’s moved into a foster home. There, she discovers her foster parents are involved with experimental paints that allow Ashley to access temporary superpowers.

A Quick and Easy Guide to They/Them Pronouns 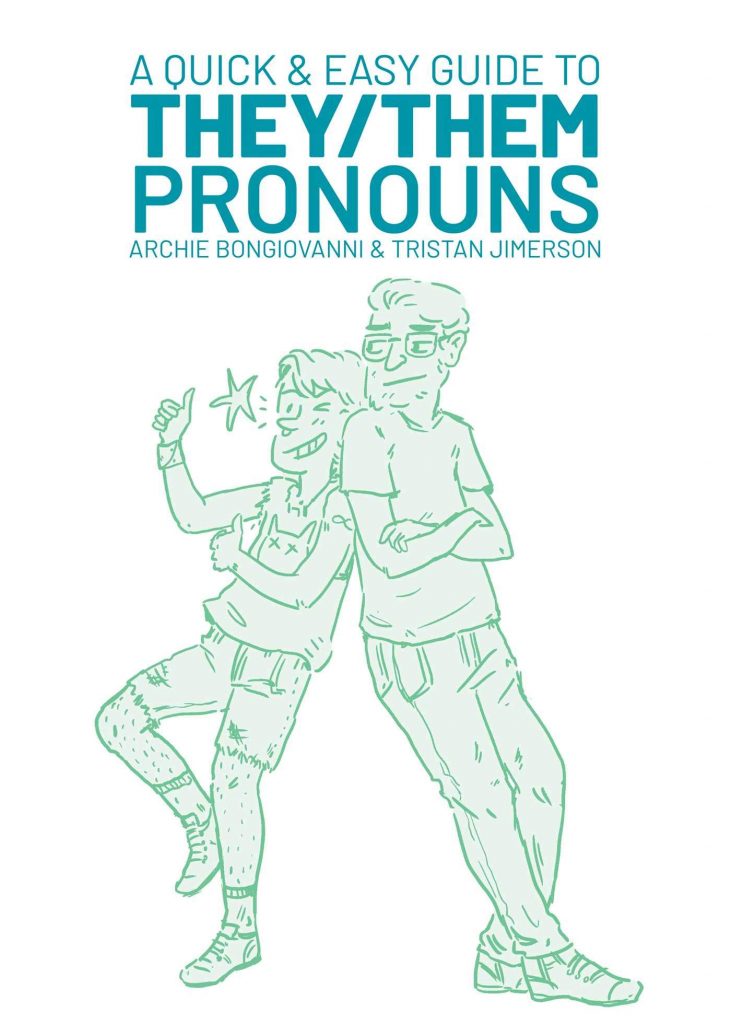 As the book’s title indicates, “They/Them Pronouns” is a guide created to easily explain gender neutral pronoun usage. There’s also tips offered for those who do identify as nonbinary. 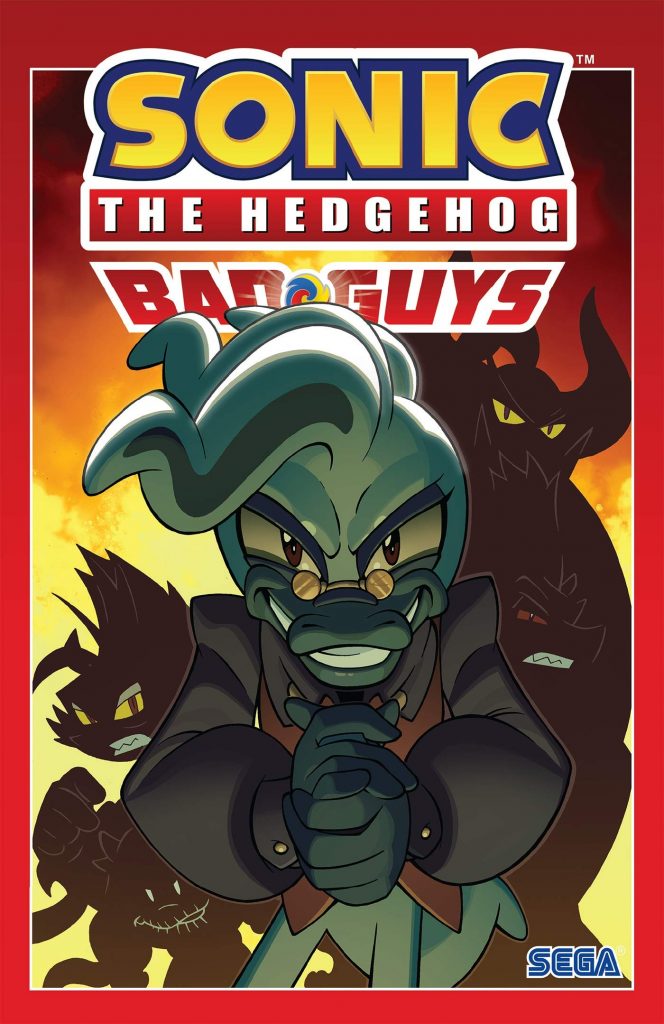 The IDW “Sonic” series has been popular enough to get its own spin-off miniseries, starring the series’ original characters. In this case, “Bad Guys” is a trade paperback of a four-issue miniseries starring Dr. Starline, an evil scientist who idolizes Dr. Eggman. Starline teams up with several other Sonic villains in a scheme involving invading one of Eggman’s abandoned bases. 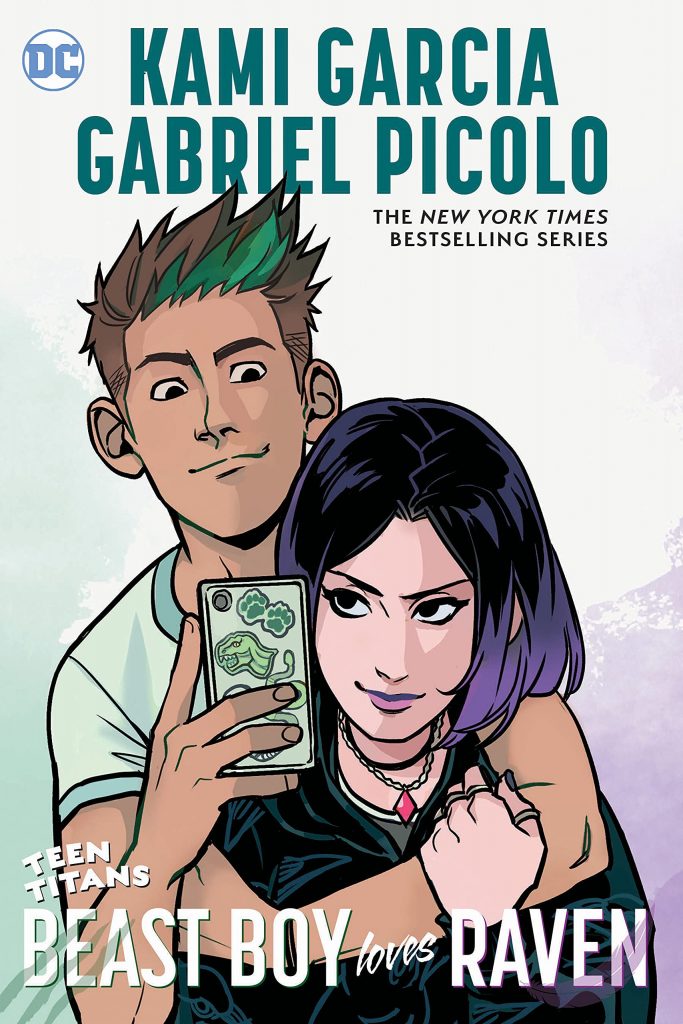 “Beast Boy Loves Raven” is a follow-up to DC’s previous stand-alone graphic novels starring Beast Boy and Raven. Here, the two teenage heroes meet each other in Nashville while looking for the person that invited them there: Slade Wilson (aka longtime Teen Titans villain Deathstroke).

Photo by tunechick83 from Pixabay